The federal sentencing guidelines require that a court examine the criminal history of a defendant when he is being sentenced. The more offenses that a defendant accumulates, the higher the category for criminal history he falls into. The higher the category, the longer the minimum sentence that must be imposed. The Third Circuit Court of Appeals considered the issue of whether being pulled over by a police officer for a traffic stop and then receiving a summons to show up in court is the equivalent of an arrest for the purpose of determining a defendant's criminal history at sentencing.

The federal sentencing guidelines, also known as the United States Sentencing Guidelines (USSG), calculate the defendant's total criminal history generally by assigning a certain point total for each offense. Therefore, it is important to know exactly what type of criminal activity is considered a separate offense for point calculations. 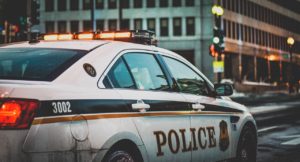 Is a Traffic Stop an Arrest for Sentencing Purposes?

USSG defines a prior sentence as "any sentence previously imposed upon adjudication of guilt, whether by guilty plea, trial, or plea of nolo contendere, for conduct not part of the instant offense." Pursuant to USSG § 4A1.2(a)(2), prior offenses are counted separately if they are separated by an "intervening arrest." Two sentences imposed on the same day are not treated as separate offenses without an arrest in between.

United States v. Ley Treats a Traffic Stop and Summons as Distinct from an Arrest

In United States v. Ley, the defendant pleaded guilty to being a convicted felon in possession of a firearm. He was originally allocated seven points under the USSG, which meant that he fell into category IV for prior criminal history. Two of the offenses that counted toward the total criminal history were the result of two separate traffic stops in which the defendant received summonses to appear in court. He was sentenced for both offenses on the same day.

The Third Circuit examined how the Supreme Court has previously distinguished between a formal arrest and other less severe interactions between defendants and law enforcement officers. Previously, the Supreme Court ruled in Thompson v. Keohane that a "roadside encounter" with the police is not the same as a formal arrest for the purpose of determining whether a defendant's Miranda rights applied. In addition, the appellate court pointed to the example of jaywalking, an offense for which a defendant may receive a summons to appear in court, as the type of activity that could not reasonably be considered one that resulted in an arrest.

Challenging the Consideration of Previous Criminal Activities for Sentencing Purposes

The case of United States v. Ley is a positive development in terms of how harshly a defendant will be punished at sentencing in light of a prior criminal history. The treatment of a traffic stop as an intervening arrest can have devastating consequences on the minimum amount of time that a defendant may have to serve in prison. The more federal courts that adopt the reasoning of the Third, Sixth, Ninth and Eleventh Circuits, the better chance that defendants have of not having minor and inconsequential incidents used to increase criminal sentencing liability.

It is crucial to have a seasoned criminal defense attorney on your team to consider whether your prior criminal history was calculated properly at sentencing. Attorney Brandon Sample assists a variety of clients in sentencing matters and can consult on your case to determine if any prior criminal offenses were wrongly counted by the court.