It seems logical that it is illegal to assist undocumented or illegal immigrants in entering the U.S. without following any of the immigration procedures. However, the question of an immigration consultant providing aid to an undocumented or illegal immigrant is a bit more complex. Does a prohibition on advising someone who resides in the U.S. without proper documentation violate the First Amendment by restricting an individual's free speech? This is the issue that the Ninth Circuit Court of Appeals recently tackled in the case of United States v. Sineneng-Smith.

Pursuant to 8 U.S.C. § 1324(a)(1)(A)(iv) and § 1324(a)(1)(B)(i), it is illegal for anyone to encourage or induce an illegal immigrant to reside in the U.S. The "encourage or induce" language of the statute has recently come under intense scrutiny as potentially violating free speech protections of the First Amendment given its inherently broad implications. Some contend that the way the statute is written makes it a crime for anyone to speak out in support of illegal immigrants coming into the U.S. 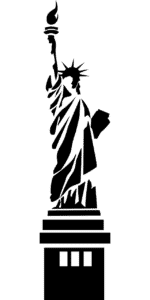 On the other hand, the Department of Justice contends that the statute is merely intended to apply to those who offer actual assistance to persons attempting to enter and reside in the U.S. illegally. They argue that the statute is not meant to curtail free speech in any way and is not used as a way to prevent people from speaking out against immigration policies.

In United States v. Sineneng-Smith, the defendant was convicted in 2015 of running a sham business as an immigration consultant. She took payments from illegal immigrants in exchange for identifying programs for them to apply to for which they were clearly ineligible. She was also convicted of tax and mail fraud based on her mailing of retainer agreements to clients with the intention of defrauding them and filing false tax returns in connection with her immigration consulting business. The defendant was sentenced to 18 months in prison by the federal district court in addition to a $15,000 fine and three years of supervised release.

She appealed the sentence to the Ninth Circuit and argued that the immigration law that she was convicted of violating was actually unconstitutional. The Ninth Circuit agreed, although it upheld her convictions on tax and mail fraud. The appellate court ordered that the district court must resentence the defendant in light of the vacated conviction of illegally aiding and encouraging non-residents to come to and reside in the U.S. illegally. The convictions for aiding illegal immigrants were thrown out.

In a 42-page opinion issued by the Ninth Circuit, the judges took aim at the government's position of selective enforcement of the immigration law, which the appellate court held was not a substitute for free speech protections. The fact that the statute could be reasonably applied to a broad category of constitutionally protected speech was found concerning. Given that the statute does not contain any language that requires an individual to offer actual aid or inducement to someone planning to come to or reside in the U.S. illegally, it criminalizes an extremely broad range of speech.

The Impact of Decriminalizing Aid to Illegal Immigrants

The Ninth Circuit has been particularly vocal in its opposition to recent immigration policies trotted out by the Trump administration. While it remains to be seen whether other circuits will follow suit in declaring portions of immigration laws unconstitutional under the First Amendment, the stage has certainly been set for the government to appeal the ruling to the Supreme Court. The political climate is likely playing a large role in the willingness of appellate courts to address the constitutionality of immigration laws.

Any federal criminal case that involves an alleged violation of immigration laws is inherently complex. In light of the national discussions revolving around immigration policies and crimes lately, it is more prudent than ever to enlist the resources and knowledge of an experienced criminal defense attorney if you find yourself facing charges involving immigration issues. Attorney Brandon Sample is a trusted and well-informed resource on criminal sentencing appeals issues.