The Interplay Between Deportation Proceedings and Federal Criminal Charges 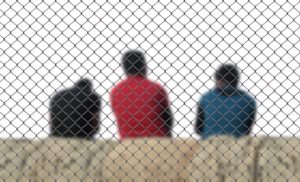 Section 237 of the Immigration and Nationality Act lists all of the reasons why an undocumented immigrant can be deported from the U.S. Some of those reasons include committing certain felony crimes, engaging in fraud or helping others to enter the U.S. illegally. In order for an immigration official to be able to legally detain and deport an undocumented immigrant, an immigration judge must first issue an order of removal. The undocumented immigrant will have the opportunity to be heard at an administrative immigration hearing and is entitled to an attorney. If the individual is prevented from entering the U.S. at the border, then there will not necessarily be an administrative hearing or deportation proceedings because they had not officially crossed the border.

The Bail Reform Act gives federal district court judges the ability to set bail for criminal defendants and release them until their court date. At issue in United States v. Veloz-Alonso was whether the powers afforded to federal judges to set bail trump the authority of immigration officials to detain and deport undocumented immigrants.

In United States v. Veloz-Alonso, a very unusual set of circumstances arose in which a criminal defendant facing sentencing for charges of illegal re-entry into the U.S. was released on bail. The vast majority of criminal defendants facing charges of illegal re-entry into the U.S. are not released on bail because they are considered to be a flight risk. However, the defense attorney for Veloz-Alonso successfully argued that he was an active member of the community and brought in his employer as a witness to testify that he was a reliable employee and would not leave his family in the U.S. Even though he had been convicted of illegal re-entry four times over a 20-year period, the defendant secured his release on bail.

The federal district court issued a strong warning to immigration officials that he would consider holding them in contempt of court if they followed through on their deportation of the defendant because they would essentially be ignoring the authority of the federal district court judge to set bail under the Bail Reform Act. On appeal, the government argued that they were within their authority to continue with the deportation proceedings against the defendant. The prosecutor went so far as to refuse to answer the judge's question about why they would not consider dropping the federal charge so that immigration officials could more appropriately proceed with the deportation proceedings.

On appeal, the Sixth Circuit concluded that the Bail Reform Act and the Immigration and Nationality Act provide parallel prosection powers to both federal prosecutors in the federal criminal system and immigration officials. As such, a federal district court judge may not prohibit immigration officials from moving forward with deportation proceedings while a criminal defendant is out on bail. This case has attracted significant attention because it is the first time that a federal appeals court addressed the issue of whether a criminal defendant out on bail can be deported before he is sentenced by a district court judge.

Looking Ahead to Immigration Policy and Deportation Proceedings Under President Trump

It is no secret that President Trump has taken a more aggressive stance than previous administrations on empowering immigration officials to detain and deport illegal immigrants. This has created a challenging situation for federal courts in coordinating criminal prosecutions with deportation proceedings. As United States v. Veloz-Alonso demonstrates, it is possible that a federal criminal defendant could be deported while he is released on bail and would then never face sentencing in the criminal matter.

If you have been charged with a crime and are facing deportation proceedings, it is imperative to contact an experienced criminal defense attorney as quickly as possible. Timing is crucial in ensuring that you get the most lenient sentence possible and are not deported immediately.