A piece of federal sentencing legislation that was shot down several years ago is now back in play. Then federal sentencing legislation, titled the Sentencing Reform and Corrections Act, is meant to reverse the negative results of mass incarceration by pulling back on mandatory minimums and also providing much needed assistance to prisoners returning to life outside of prison. 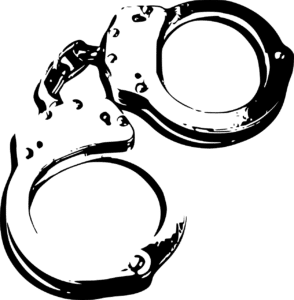 Not surprisingly, one cabinet official is doing everything in his power to stop the federal sentencing legislation from moving forward. Current Attorney General Jeff Sessions recently penned a missive with regard to the sentencing legislation that attempts to argue that enacting the legislation will result in an abject horror of crime-filled streets. Specifically, Sessions warned that the legislation would reduce sentences for “a highly dangerous cohort of criminals,” and enacting it would be “a grave error.”

Given Sessions’ track record over time, the opposition to the Sentencing Reform Act comes as no surprise. While a senator, Sessions assisted in killing a similar version of the bill that had strong bipartisan support. As Attorney General, Sessions has, inexplicably, done everything possible to add to the unfair mass incarceration problem in this country. He has made combating drug offenses and illegal immigration among his very top priorities, despite the fact that obscenely excessive sentences in drug cases only exacerbate the prison population problem.

In fact, last year, Sessions issued a memorandum to all U.S. Attorneys’ offices directing that they should charge people with the highest provable offense – clearly meant to trigger mandatory minimum sentences that continue to criminalize drug addiction and disproportionately affect minorities. Indeed, there is truth to the current notion that Sessions is living approximately 30 years behind the rest of the country. This type of thinking is a direct detriment to federal sentencing legislation reform.

Strangest of all, in a time when marijuana legalization is gaining in popularity, Sessions is still trying to tout the myth that marijuana is something that has fueled the opioid epidemic. In the face of massive evidence to the contrary, Sessions wants to hold on to the notion that marijuana is a “gateway drug” to other more potent ones. Such throwback, out-of-sync, thinking is the reason that he revoked Obama-era guidance that federal prosecutors not prioritize marijuana cases in states where marijuana has been made legal. Of course, Sessions now is creating an unnecessary federal-state crisis because of it.

Is Sessions Wrong on the Facts?

Sessions’ is trying to hold fast to the notion that mandatory minimums in drug cases are necessary. However, these mandatory minimum laws, which were enacted in the 1980s and 90s, are directly responsible for the fact that the United States currently imprisons more of its citizens than any country in the world.

Indeed, the “war on drugs,” “tough on crime” policies like mandatory minimum sentencing laws from 30 years ago resulted in skyrocketing prison populations.  According to the Leadership Conference:

A number of research reports suggest that mandatory minimum sentences are a major reason for the ever-growing prison population. These make it clear that federal sentencing legislation reform is necessary.

Clearly, Sessions’ decades-old “tough on crime” approach needs to be retired. Law enforcement and the courts need to be smarter on what crimes should be a priority. Throwing the book at mostly drug users does not seem to be solving anything.

Moreover, mandatory minimums tie the hands of judges to factor in a defendant’s background and specific circumstances. In addition, they have a disproportionate impact on minorities. Even though African-Americans and Latinos make up about 33% of the U.S. population combined, the federal prison population is made up of about 70% African-Americans and Latinos combined.

The Sentencing Reform and Corrections Act is a Good Start

By tackling the problem of mandatory minimums, the current federal sentencing legislation in the Senate Judiciary Committee is a good piece of legislation. It will have the desired effect of reducing the federal prison population, but it is a far from perfect bill. In some instances, the bill creates new mandatory minimums, and does not go far enough to make drug-related sentences more reasonable. But, we have to start somewhere. This bill is a good place to begin.

Moreover, doing what it takes to demonstrate that Sessions’ is on the wrong side of history and minimizing any true influence he could have on the issue is also another good place to start in the pursuit of federal sentencing legislation reform.

Brandon Sample, Esq. is an attorney who has a proven track record in sentencing advocacy, and is a sentencing reform activist. If you have a sentencing issue, if you have a wrong that needs to be righted, if you are seeking justice, seek out Brandon. Call 802-444-HELP today.