Is federal sentencing reform in the United States finally a viable possibility? With the Sentencing Reform and Corrections Act, maybe . . . just maybe.

Faced with the stark reality that the United States' prison population is the largest in the world, Senator Chuck Grassley of Iowa, the current Chairman of the Senate Judiciary Committee introduced a comprehensive criminal justice reform bill called the Sentencing Reform and Corrections Act in 2015. Although the Judiciary Committee bill was approved with bipartisan support, Senate Majority Leader Mitch McConnell, without explanation, refused to put it before the full Senate, effectively killing the bill. 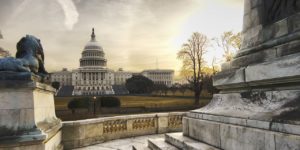 In 2017, the Sentencing Reform and Corrections Act came back before the Senate Judiciary Committee, and in February 2018, the bill went through the Committee on a 16-5 vote. The 5 “no” votes were Republicans. All 10 Democrats on the Committee voted for the bill along with 6 Republicans.

What Does the Sentencing Reform and Corrections Act (SRCA) Do?

About half of the federal prison population in the United States is in prison for a drug-related offense, not for violent crime. Indeed, many of the people in prison for drug offenses are low-level actors in the drug trade. Most were not in possession of weapons during the drug offense, and have minimal criminal histories as well. Yet, these people sit in prison with incredibly long sentences. In 2012, the average sentence for a drug offense was 11.3 years in prison.

The Sentencing Reform and Corrections Act presents many changes that are designed to reduce the historically high prison population in the United States and curb the vastly disproportionate federal sentences given in court.

On the federal sentencing reform side, SRCA seeks to lessen the impact of mandatory minimum sentences, which take discretion away from judges and force them to impose sentences that cannot go below a certain threshold level.

On the federal prison reform side, SRCA imposes new strategies for the Bureau of Prisons. The goal of these strategies is to improve re-entry programs and education for federal prisoners. Indeed, the need to provide tools to those incarcerated for longs periods of time is obvious to prison reform advocates of all stripes.

In fact, the Obama administration began to put many prison reform and education opportunities for inmates in place. Upon taking office, the Trump administration has done everything it can to destroy those changes. The SRCA now seeks to put those Obama-era measures back in place permanently.

The question now becomes will McConnell put the bill before the Senate, or will he kill it like he did back in 2015?

Grassley’s SRCA push has put a spotlight on a number of rifts between Republican senators and the White House, as well as between members of the executive branch.

Attorney General Jeff Sessions, a person who came to prominence in law enforcement as a U.S Attorney back in the 1980s, has a throw-back “tough on crime” stance that is now at odds with current criminal justice thinking. He refuses to see mass incarceration as a mistake. Rather, he is currently pushing for heavier sentences in drug cases and, of course, vehemently opposes SRCA. In a letter to the Judiciary Committee, Sessions stated that the bill “would reduce sentences for a highly dangerous cohort of criminals, including repeat dangerous drug traffickers and those who use firearms.” Apparently, Sessions has chosen to ignore the fact that about half of the federal prison population is comprised of drug offenders who were low-level players and did not possess weapons during their offenses.

Senator Chuck Grassley not only disagrees with Sessions’ assessment of SRCA, but is personally offended by Sessions’ stance because Grassley has been an ally to the embattled Trump administration since it took office.

Even White House advisor Jared Kushner is at odds with Sessions. Kushner, whose father served time for tax evasion, witness tampering, and illegal campaign contributions, is an advocate for the SRCA. He, however, has found a compromise with Sessions by only advocating for the federal prison reform portions of SRCA, and not the federal sentencing reform portions.

Sentencing advocacy groups, however, such as Human Rights Watch and The Sentencing Project, wholly support SRCA. While both organizations realize that the Sentencing Reform and Corrections Act does not go far enough, the bill has important reforms that will make federal sentences reasonable and proportionate to the seriousness of the crime, as well as provide for much needed re-entry assistance for inmates.

One can only hope that this bill, which is a first step to helping inmates in our country get out from under onerous and unfairly long federal sentences, will make it to the Senate floor.

Brandon Sample, Esq. is an experienced sentencing attorney and advocate. For more information on the services he provides those with federal sentencing hearings and issues, call 802-444-HELP today.