The double jeopardy rule is one of the more commonly understood principles of the criminal justice system. Per the Fifth Amendment, no "person [shall] be subject for the same offence to be twice put in jeopardy of life or limb." If a defendant cannot be tried twice for the same crime, then what gives state and federal courts the right to separately charge, convict, and sentence a defendant for the same criminal activity? The case of Gamble v. United States is now under review by the Supreme Court to address that very question.

In addition to preventing the government from wasting resources on multiple prosecutions for a defendant's same alleged criminal activity, the double jeopardy rule protects individuals from multiple prosecutions. It also ensures a sense of finality for criminal proceedings. Given that this is a constitutional protection, all of the states must abide by this rule. However, states are free to enact laws that provide even greater protection than the federal prohibition on double jeopardy. 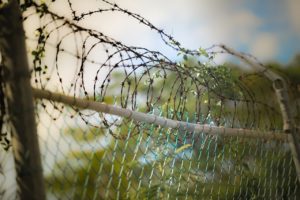 The double jeopardy rule applies in misdemeanor, felony and juvenile delinquency matters. When the rule applies to a particular defendant, it is referred to as "attaching" to an offense. This protection does not attach until a jury is sworn in for criminal cases involving a jury trial or the first witness is sworn in for cases to be decided by a judge. For example, if an indictment is dismissed before the case is brought to trial, then jeopardy has not yet attached for that offense. This means that there may be later proceedings against the same defendant for the same offense.

It may seem puzzling that the same defendant is allowed to be charged and tried by the federal government and a state government at the same time for the same offense. The same is true for two states prosecuting a defendant for the same offense. This phenomenon is made possibly by the "separate sovereigns" exception to the double jeopardy rule. It essentially means that a criminal offense can be a violation of both state and federal law, which makes the two violations distinct offenses.

The concept of separate sovereigns has been a hallmark of federal criminal law since 1850. Proponents of the exception say that it empowers both the states and the federal government to uphold their own separate laws. Almost half of the states have declined to follow the separate sovereigns exception, which means that they will not prosecute a defendant for the same offense that he or she has already been tried for under federal law. What is more common is for the defendant to be charged and convicted of violating a state criminal statute which was also violated during the commission of the federal crime, though which is not exactly the same crime.

While the facts of this case are fairly ordinary, its potential impact on the double jeopardy rule is garnering plenty of attention. In Gamble v. United States, the defendant was previously convicted of a felony for second degree robbery. A few years later, he was pulled over by an Alabama state police officer and was charged with possession of marijuana and a firearm, which is a felony under both state and federal law because he was a convicted felon. Gamble was sentenced to one year in prison in an Alabama court and was then sentenced to an additional 34 months by a federal district court.

acts are so straightforward, both sides focused their arguments on the constitutionality of the separate sovereigns exception. The U.S. Supreme Court heard oral argument on December 6, 2018.

While some criminal justice reform advocates are enthusiastic about the potential for Gamble v. United States to strengthen the protections for defendants under the double jeopardy rule, it may turn out to only be a step in the right direction at best. The major reason  why the impact of Gamble v. United States could be narrow is that the Blockburger rule still allows a defendant to be charged for separate offenses arising out of the same conduct. The test for whether a defendant can be prosecuted for separate offenses is whether each offense requires an additional element or fact to prove. Given that many state and federal criminal statutes are written differently, there would still be a fairly large opening for criminal proceedings to follow a state court conviction arising out of the same criminal activity.